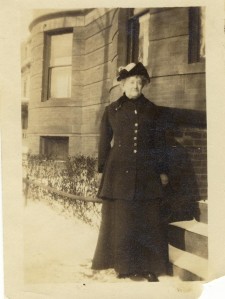 As I have stated previously, I am fortunate enough to be surrounded by photos of my ancestors. One such ancestor that I was introduced to at a relatively young age due to photos in our home was my great grandmother, Carra Inez (nee Tuttle) Wheeler. 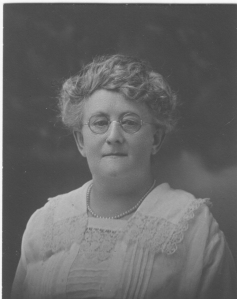 On 20 Jun 1878, Carra married John Edward Wheeler (b. 22 Nov 1849) in Holyoke, Massachusetts. Carra and John had five children (Harry, Stanley, Waldo, Hazel and Howard). While Carra and her family moved around in Connecticut from Holyoke to Naugatuck and then to Derby, Carra and John eventually returned to Holyoke.

Carra passed away on 25 Jan 1924 during a tragic accident when she was struck by a vehicle while she was crossing the street. Carra is buried with her husband in Foredale Cemetery in Holyoke, Massachusetts.

A recent assignment for our genealogy class is following migration patterns.  While doing some research of those that came “across the pond”, I found myself researching my 2nd great grandfather on my father’s side.

Thomas Green was born 15 Nov 1842 in Edinburgh, Midlothian, Scotland.  On 27 Feb 1865 he married Elizabeth Stewart in Dundee, Angus, Scotland.  On 07 Feb 1867 in Dundee they gave birth to their first and only child, Elizabeth Speers Green.

Thomas remained in Kenora for the remainder of his years until his death 06 Feb 1910 where he was proclaimed dead at St. Joseph’s Hospital by his son-in-law, William McKenzie.  On his certificate of death it cites Harry Green as his father but does not list the maiden name of his mother.